Belly dance, or raqs sharqi, has been claimed to be one of the oldest forms of dance, having roots in all ancient cultures from the orient to India to the mid-East. Probably the greatest misconception about belly dancing is that it is intended to entertain men.

Belly dancing is natural to a woman’s bone and muscle structure with movements emanating from the torso rather than in the legs and feet. Although, our classes do not discriminate against a person of any gender withing to dance.  The dance often focuses upon isolating different parts of the body, moving them independently in sensuous patterns, weaving together the entire form. Belly dancing is generally performed barefoot, thought by many to emphasize the intimate physical connection between the dancer, their expression, and Mother Earth.

Belly dance takes many different forms depending on the country and region, both in costume and dance style, and new styles have evolved in the West as its popularity has spread globally. Although contemporary forms of the dance have generally been performed by women, some of the dances, particularly the cane dance or Raks al Assaya, have origins in male forms of performance.

The distinctive feature of Balkan folk music is the asymmetrical meter, built up around various combinations of ‘quick’ and ‘slow’ beats. Bulgarian dances are distinctive for their subtle rhythms and intricate footwork. Balkan dances often involve the dancers repeating the same pattern of steps throughout the dance. Often the dance uses a basic step which individual dancers embellish at specific points with variations like stamps and foot slaps. Another variant are “called” dances involving a leader calling out changes between several different steps at his discretion.

Gothic belly dance was born in the urban centres of the US as a blend of Goth and world music, the movement vocabulary of belly dance and other dance forms, and Gothic fashion and aesthetics. Performing at Gothic-themed events and clubs, dancers explored the fusion of belly dance moves with Goth music and costuming styles incorporating Victorian, vampire, dark cabaret, silent-movie vamp, industrial, and other visual themes related to Goth subculture.

The roots of tribal belly dance are accredited to Jamilia Salimpour, who fostered a fusion of costumes and folkloric dances styles from the Middle East, North African, Spain, and India. The focus of this style of belly dance is on the group as opposed to solo performance. A shared vocabulary of movements, cues and formations are the secret behind group improvisational dance. They allow the dancers to move together without formal choreography. Knowledge of the dance vocabulary enables dancers from different regions to collaborate even if they have not previously danced with each other. Tribal Style is both elegant and strong, evoking a strong connection with fellow dancers in a fun and friendly environment.

The style is also characterized by costumes derived from a variety of folkloric costuming and traditional tribal dress. It is composed of layers of large tiered skirts and a short choli worn beneath a bra decorated with coins and textiles and adorned by a headdress or hair decorations, one or more hip scarves with yarn, tassels or fringe, and a heavy layering of jewellery. Finger cymbals or zils are often worn and played while dancing.

Tribal Fusion Belly Dance is a modern, Western form of belly dance which was created by fusing Tribal Style belly dance and classical belly dance. Artists frequently incorporate elements from popping and Hip Hop as well as movement principles from traditional dance forms such as Flamenco, Kathak, Odissi, and other folkloric and classical dance styles. Music inspiration is primarily modern but may draw from many genres.

Tribal Fusion dancers will often use the tribal style “uniform” as a basis for costuming, with additional costume elements strongly influenced by the nature of the fusion; flamenco fusion dancers may wear flamenco skirts while burlesque fusion dancers will often wear feathers, etc. Costumes are often very elaborate with layers of fabrics, antique and vintage tribal jewellery, hair ornaments and body adornments. At the other extreme, where the fusion has a strong contemporary influence, the costume may be pared down to a sleek, minimalist style.

The term Bollywood came from combining Bombay (now Mumbai) and Hollywood. It refers to the Bollywood, the world’s largest producer of films. The style of dancing in early Bollywood films was based on Indian Classical Dance or Folk Dances from various parts of India, including the classical art forms of Kathak and Bharata Natyam. Over time Bollywood movies have developed their own signature style of song and dance, combining the rich texture of India’s many classical and folk dances, fused with elements of Jazz, Hip Hop, Arabic and Latin forms to create a colourful, energetic, expressive, playful genre of dance.

Dance is not always about learning the correct steps, dance can also be a release of mind and body, a connection with the divine goddess.

Mindful Movement is a free flow guided movement mediation through and ancient dance form, in a safe and supportive environment. Combining the use of breath, dance and visualisation; this dance form is all about the individual. 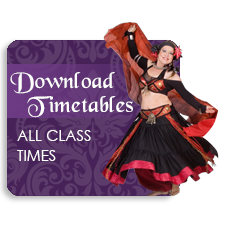 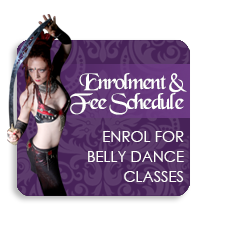